Started by a mother of six who had an eye for design and a love for cakes, she built the foundation of TMB and then her son took over and turned it into an award winning bakery.

It all started with one small birthday cake in 1970. That single piece of art has since grown into a thriving business 50 years later. Never in Paul and Jerie Weldon’s wildest dreams did they think The Master’s Baker (TMB) would be what it is today.

Young, hardworking husband, Paul Weldon, was at his desk one day when his boss came in and asked if he knew anyone who did birthday cakes. He smiled, immediately thinking of his talented wife, Jerie, and thought “If she could make creative birthday cakes for their 3 little ones, why couldn’t she also do one for his boss?” And, so the story begins.

After moving from military base to base around the country with Paul, who was active in the National Guard, they ultimately settled back “home” in the Philadelphia area to raise their three kids. One day while taking care of the playful, noisy kids, the phone rang. Pick it up, or let it ring? Jerie’s decision to pick it up changed everything. It was a friend inviting her to a cake decorating course. It was then that you could say TMB was born.

Over the next several years, three more children were added to the Weldon family. In order for Jerie to be able juggle all the balls in the air, each child had to play a role in the success of the business, whether it was washing pans, answering phones, greeting customers, or mopping the floors. This truly was a family business.

Fast forward nearly 40 years to 2011, to the scene where Paul and Jerie are sitting on their front porch pondering what was next. In walks their youngest son, Chad, newly married to his beautiful bride, Rebecca. After listening to a couple of his Mom & Dad’s stories, he said “I will take it over”. Paul and Jerie remember that moment like it was yesterday. The next five years involved Chad learning the ins and outs of the business and growing his parents “dream” to the next level.

Their business location in downtown West Chester, PA provides cakes and pastries to 65+ area caterers, hotels and country clubs. They prepare and design 1,300+ wedding cakes and thousands of custom party cakes and desserts yearly. Chad’s desire to become the best to honor his parents legacy shows in award after award in the past 10 years. And most recently, he and his team are thankful to have recently won Best Cakes of the Main Line, Best of The Knot and WeddingWire, County Lines Best of the Best, and was awarded one of the top 10 most popular bakeries in America by Delish magazine.

We blend our own GF AP Flour here at The Master’s Baker. There is no such thing as a cup-for-cup gluten-free flour blend that mimics conventional flour enough to be used in all traditional recipes. Even though some of the commercial blends may call themselves a cup-for-cup replacement for all-purpose wheat flour, a cup-for-cup gluten-free flour replacement for all-purpose wheat flour is a myth. By making our own blend we have more control over what goes into our flour for every application. We use superfine rice flours to control the grit in our products. Then we take the blend and turn it into cake flour by adding some corn starch. This helps mimic a softer, more tender product like a conventional cake flour product produces.

Chef Joseph Amendola said about eggs: ‘Eggs are the pastry chef’s most versatile ingredient. No staple food excels in so many supporting roles: thickener, emulsifier, leavener, and structural foundation. The egg is ubiquitous.’ Enough said, right? Without eggs, there would be almost no baking. We use only fresh, good quality eggs to ensure our baked goods are well risen and have the right texture.

Our chocolate chips are from Belgium. They are bitter-sweet chocolate with roasted notes and have a powerful cocoa flavor delicately lifted with a hint of coffee and chestnut. The origin of beans is mainly West African cocoa beans, primarily of the Forastero variety.

Our cocoa powder is a high quality, consistent, and reliable product. The name of our powder originates from the main cocoa powder producing plant, located in Holland, where they have been producing powder for over 50 years. Its flour-like texture makes it best for cakes and brownies. It can also be used instead of flour to coat pans before adding batter.

Almond Flour: We use blanched organic almond flour (or almond meal) which is a low-carb, gluten-free baking alternative to standard wheat flour. It provides great texture and flavor to our baked goods.

Whole Almonds: Our whole blanched almonds are fresh California almonds without the skin. They are perfect for making our own almond flour, almond paste, and other treats.

Pecans: We use raw, fresh Georgia pecan halves that are mammoth in size. They have a crisp, buttery texture and a mildly sweet and nutty taste. We use pecans in our cookie filling and in our homemade pecan pie.

Walnuts: We use black walnut pieces because they have a more intense, bolder, earthier nutty flavor than traditional English walnuts. Cultivated only in the U.S. and grown in the wild, black walnuts are also very rare and harder to find than their English counterpart. That’s why we love them so much!

Absolutely incredible! This was one of my favorite vendors to work with! From the outreach, to the tasting, to the day of the wedding, everything was amazing. 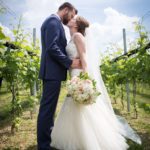 Hands down the best bakery to work with not only for wedding cakes, but any dessert needs in general! 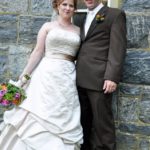 The best cakes hands down. Our wedding cake is still talked about ten years later.

Discover our first-class products baked for you with love!